In New Hampshire, Attorney Hynes only represents clients charged with a crime or traffic offense. Attorney Hynes devotes a substantial amount of his practice to DWI defense. From first time DWI alcohol and drug offenses, to subsequent offenses, to Aggravated DWI, chances are pretty good that Attorney Hynes has successfully handled a case similar to yours.

IACP/NHTSA Drug Recognition Expert (DRE) Course Overview. This Course fully explains the 12 steps that are supposed to be involved with a DRE investigates someone for driving under the influence of drugs.

Attorney Hynes passed this course with a score of 100% and is certified to administer FSTs.

Owner/ Operator of Alco Sensor FST PBT - This is the newest version of the portable breath test machine offered by Alco Sensor. It is used by many police departments throughout New Hampshire. By understanding, owning, and testing this machine, Attorney Hynes fully understands its accuracies and limitations.

Owner/ Operator of Intoxilyzer 5000EN- This is the breath machine presently in use throughout New Hampshire. If you were arrested for DWI and gave a breath sample at the police station, you used an intoxilyzer 5000. Attorney Hynes can use his intoxilyzer to go over with you exactly what the officer did, and had you do, so that he can fully evaluate whether the police properly obtained a breath sample from you.

Attorney Hynes has experience representing clients in numerous Courts throughout the state including:

Volunteer with the New Hampshire chapter of the ACLU

Attorney Hynes is Admitted to practice law in Massachusetts and New Hampshire. 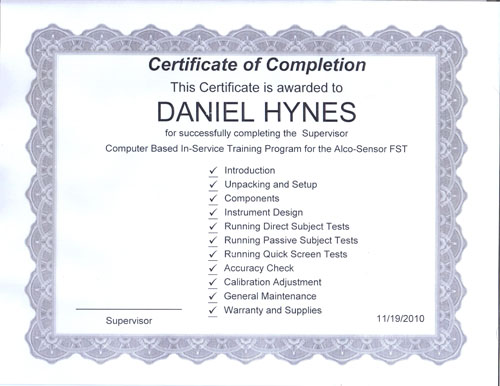 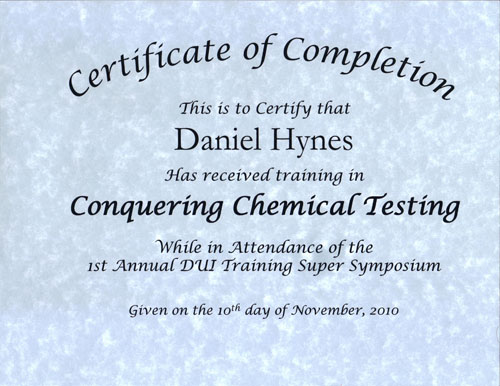 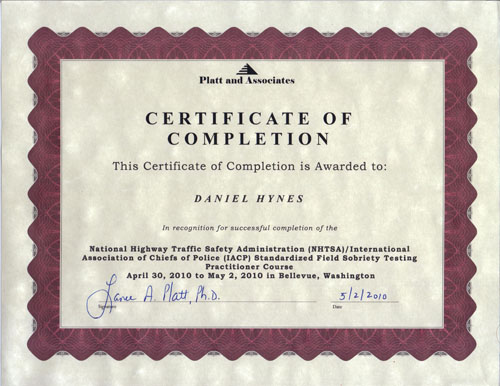 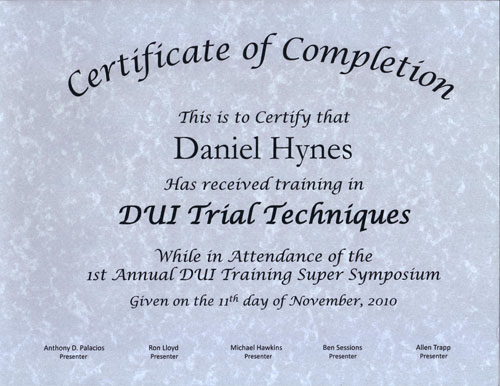