Posted by Dan on Monday, 19 March 2012 in Uncategorized

We are all familiar with Mothers against drug driving (MADD). Many people are also familiar with the Simpsons, an incredibly long running cartoon show on television. On the show, they satire or make fun of pretty much everything. Homer might generally be considered an alcoholic, and has in some episodes has driven drunk. On a recent episode, they briefly parodied mothers against drunk driving with a hypothetical mothers for drunk driving (it was during one of the character's dreams). I thought the slogans were pretty funny, so attached is a screen shot. Copyright FOX. Caveat disclaimer; I do not think drinking alcohol and driving while you are impaired is funny, and can have serious consequences. However, everyone accused has the right to remain innocent until proven guilty. 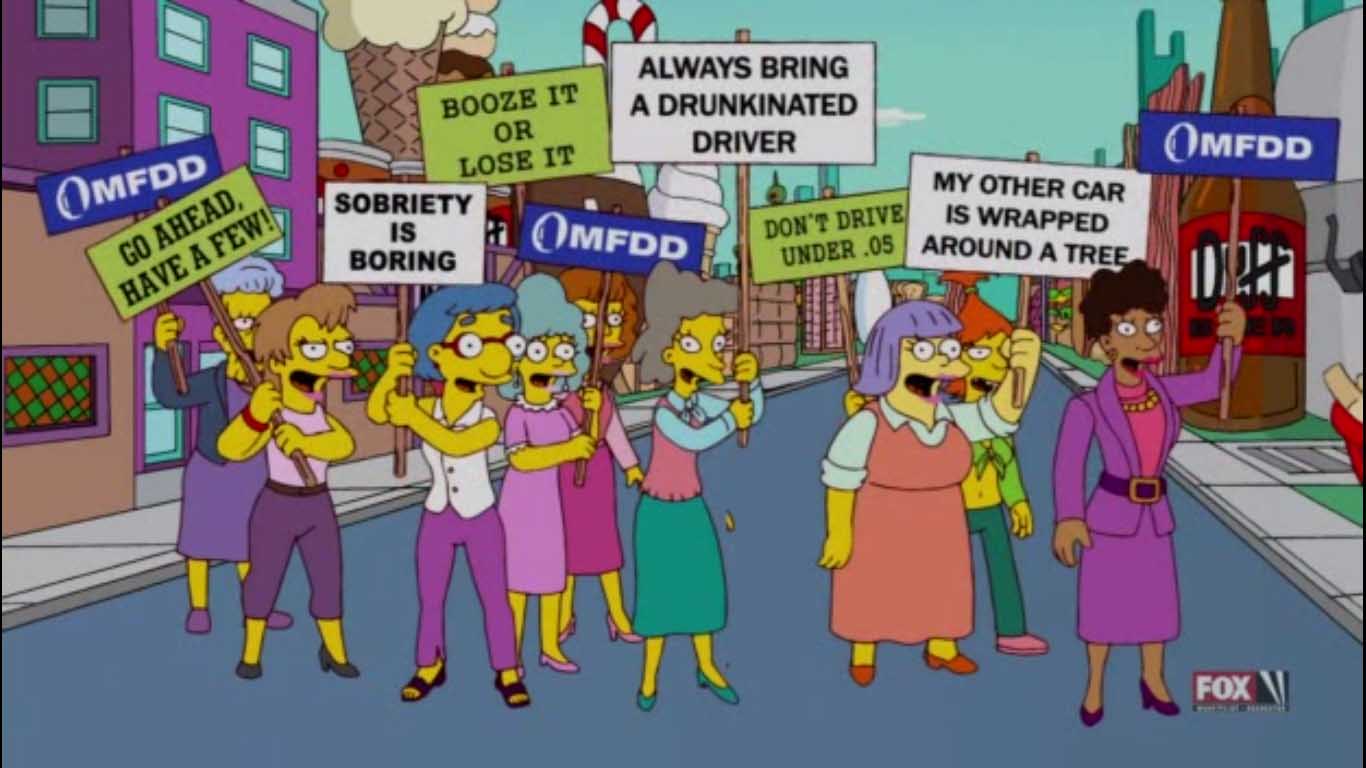 Dan
Dan has not set their biography yet
Author's recent posts